A Response to the Increasing Secularization of Canadian Culture

Canadian Christians are facing discrimination.
Canadian Christians are facing discrimination and even open hostility in an increasingly secular society. Recent incidents such as Toronto banning a popular Christian music festival, a pro-life club suing Ryerson University over discrimination, and the Ontario Superior Court ruling against Trinity Western University’s covenant, are just a few examples of Christians having to publicly defend their beliefs.
Intolerance toward Christian views does not surprise Dan Rutherford, apologist, ordained minister and author from Victoria, B.C. “There has been a seismic shift in culture in our generation and most of us are not really aware of it,” says Rutherford who is referring to the plunge in church attendance in Canada. The high point of church attendance in the 20th century was in the 1950s when nearly 70 percent of Canadians attended regularly; today it is closer to 15 percent. “In the past, people thought in a similar pattern in truth, ethics and morality and they were in the majority,” explains Rutherford. “Now Christians are definitely in the minority.”

Christian views are being additionally crowded out by the growing number of irreligious Canadians. According to the 2011 National Household Survey, nearly one quarter of Canada’s population, 23.9 per cent, had no religious affiliation – up from 16.5 per cent a decade earlier, according to the 2001 Canada census. Stephen Bedard, pastor, apologist and author from St. Catharines, Ontario, believes the distaste for Christian views escalated to hostility with the occurrence of 9/11. “Before 9/11, many saw religion as silly or misguided,” says Bedard. “After 9/11, many saw religion as dangerous.” Becoming Good News in a Bad News World

So while the big issues are being fought in the country’s courthouses, how does the average Christian speak to their beliefs while proclaiming the Good News in this environment Rutherford thinks Christians need to change their posture from one of combativeness to that of guidance. “I find there is a tendency with Christians to just speak louder and more antagonistically into the situation and it can actually make the situation worse.” Bedard agrees. “Peter 3:15 tells us to provide a defence with gentleness and respect,” says Bedard. “People are expecting angry Christians and we should disappoint them. The message should be that Christianity is worth considering on both intellectual and moral grounds.”

For over a century, North American Christians enjoyed the privilege of being in the majority. However, the dominant theme throughout Christianity’s history has been persecution. “We need to remind ourselves that what we are starting to experience has been the norm throughout history and we can take encouragement from that,” says Rutherford. He also reminds us of the words of Christ. “A servant is not greater than his master. If they persecuted me, they will persecute you also” (John 15:20). In fact, Bedard points out that the New Testament never imagined a world such as 20thcentury North America where Christianity was put on a pedestal and where even non-Christians were expected to live like Christians. Christians need to deepen their understanding of what they believe and why they believe it.

Some would describe Canada as the new mission field, although not in the traditional sense. “The need is not to just proclaim the Gospel, but to demonstrate it as both true and relevant,” says Bedard. To accomplish this, he says Christians need to deepen their understanding of what they believe and why they believe it. Christ at the Center of Change The Canadian religious climate has changed, the way to proclaim the Gospel may have to change, but what remains unchanged is Christ continues to change lives. “What encourages me is seeing the affect of the Gospel in someone’s life,” says Rutherford. He adds that in spite of the opposition and even contempt for Christianity, believers must stay focused on praying for lost people and loving them and sharing the good news of Jesus. “There are people who are dying to hear this.” 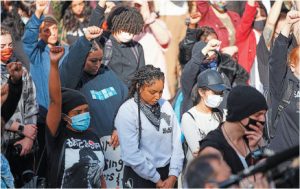 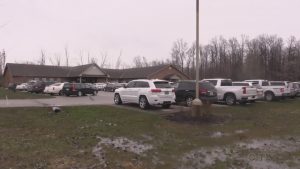