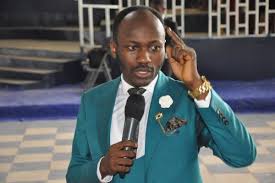 Johnson Suleman, leader of the Omega Fire Ministries, which calls him “God’s oracle,” is scheduled to preach to the church’s Calgary flock Tuesday and Wednesday.

He should never have been allowed into Canada, said Kristopher Wells, associate professor in the faculty of Health and Community Studies at MacEwan University.

“It’s absolutely concerning a person like this could cross the border into Canada and be invited to share this hate speech,” said Wells, an outspoken advocate for LGBTQ rights.

Police, he said, have been notified about Suleman’s appearances, to take place at the Magnolia Banquet Hall, 5075 Falconridge Blvd. N.E., on Tuesday and Wednesday.

“The threshold for hate crimes and speech is very high in Canada and that determination is made by police,” said Wells.

In a recent sermon captured on YouTube, Suleman, clad in a salmon-coloured suit, describes homosexuals as perverts who have a medical problem, “because their thinking is wrong.”

And he said they’re possessed by evil, “by demons living inside, a registered demon from hell with capital letters.”

“There are people that get paid for being homosexual . . . deal with it and stop forcing it on other people.”

Wells and other detractors said the pastor has also called for the killing of Muslims and fears his words could incite violence.

“It’s very concerning for all Calgarians and Albertans . . . free speech has its limitations in a democratic society, it’s in the Criminal Code,” he said, adding protesters could show up at the services.

He noted activists and clerics in other countries have raised the alarm about Suleman’s Canadian visit.

A spokesman for the Omega Fire Ministries angrily rejected any notion Suleman, who dubs himself Apostle, is homophobic or racist.

“It’s absolutely false — I would extend an invitation, why don’t you come to one of the services and hear what he says,” said Frederick Kumbah.

“This is just envy and jealousy.”

Suleman, he said, is divinely guided to travel the world to deliver his message.

“That is a mandate God has given him, to move around and discuss peoples’ destinies,” said Kumbah.

As for calling for the destruction of Muslims, Kumbah said Suleman is a convert from that religion who’s merely called for Christians in Nigeria to defend themselves against attacks from Islamic extremists.

“He’s saying Christians should not be killed and the government’s not doing anything about it,” he said.

“He’s stood for the oppressed and helped people.”

Suleman, he said, has already delivered sermons recently in Toronto, and questioned why his Calgary visit has caused such a stir.

“What is it about Calgary? It’s just crazy,” said Kumbah. 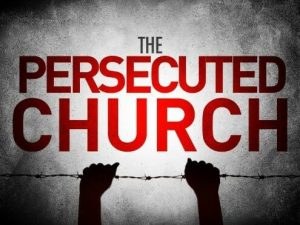 Why does Christian persecution happen?

Rise UP Canada and Pray